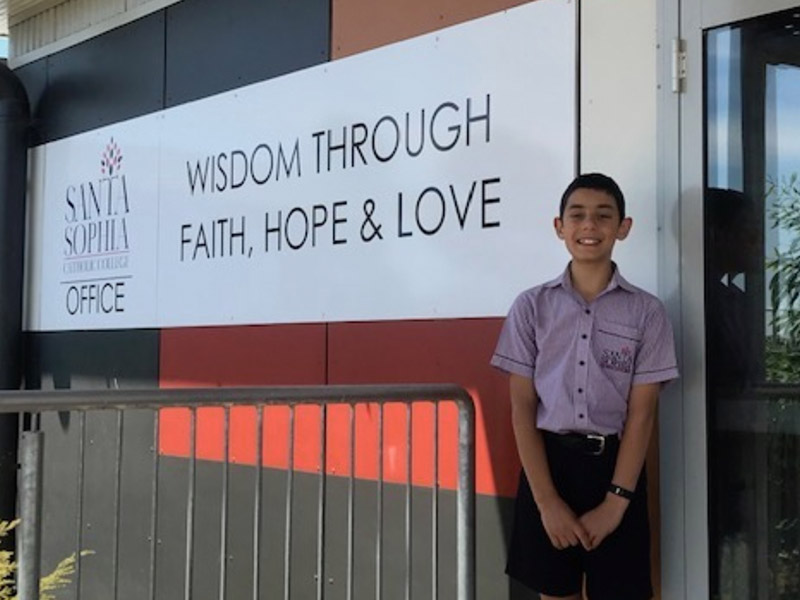 Santa Sophia Year 7 student Vito Galati was inspired to write to the Prime Minister about his concerns on climate change and received a response back!

Santa Sophia Year 7 student Vito Galati was so inspired by a recent climate change project he did in his religion class, he wrote to the Prime Minister Scott Morrison about his concerns.

Within a week, Vito received his very own letter back from the Prime Minister encouraging him “to learn more about science, technology, engineering and math because it’s through research, innovation and enterprise that we will be able to make a real contribution to our environment’’.

“Recently working on a climate change project … it has been brought to my notice that Australia is releasing too many carbon emissions into the air. If we continue to release all of these emissions, these toxic carbon emissions will continue to trap heat, making the climate even hotter and eventually, the ice caps will completely melt in around 5000 years time,’’ Vito said. 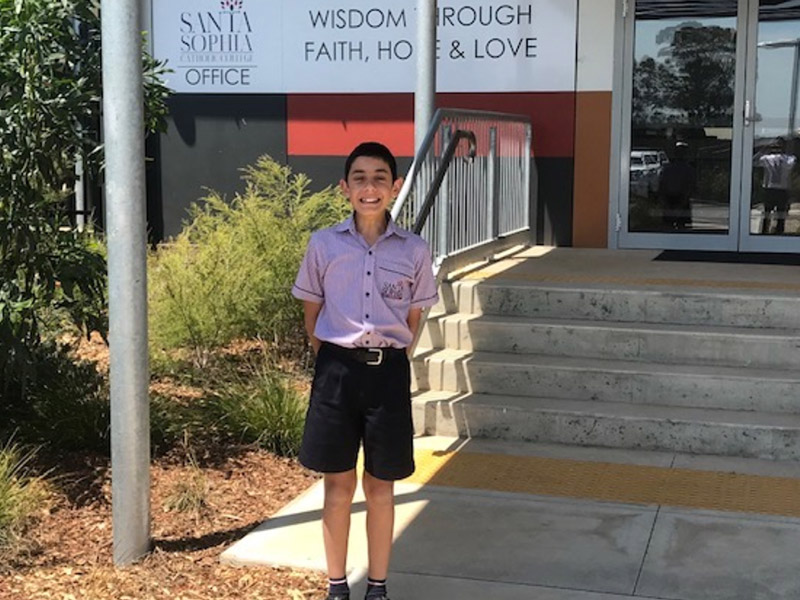 “I know what I am asking the government to do is a big ask. The government does not have to do everything but I would like them to try their best,’’ Vito said

He said the burning of fossil fuels for energy and use of petroleum cars are two reasons for climate change occurring. He is happy the government is investing in renewable energy resources, however, he believes more can be done.

He also highlighted Australia is suffering “through a serious drought”.”Looking at the WaterNSW website …. The Warragamba dam is at 50%, the Keepit dam is only at 0.9%, Menindee Lakes are at 1% and the Wyangala Dam is only at 20.6%,’’ Vito said.

He recommended, to help save water, the government should build catchment dams and the amount of water used by desalination plants be increased.

“I know what I am asking the government to do is a big ask. The government does not have to do everything but I would like them to try their best,’’ Vito said.

On October 10, the Prime Minister responded to Vito’s letter and thanked him for writing to him. “You are right to be very serious about climate change and I want you to know I am too,’’ Mr Morrison said.

“The world shares one atmosphere and as such, climate change is a global problem that needs a global solution. The Paris Agreement is a promise between nearly all the countries in the world to reduce emissions and the best thing we can do to make it a success is to meet our promises,’’ Mr Morrison said.

Mr Morrison highlighted the Government’s Our Climate Solutions Package which will help reduce emissions, improve energy use in homes and businesses, and get us ready for electric vehicles. He also said that Australia is leading the world in renewable energy with one in five homes in Australia using solar energy, which is “more than anywhere else in the world’’.

“Every step helps to make a difference and Australia needs young people like you who are passionate and want to help care for our oceans, rivers and forests,’’ Mr Morrison said.